Plexus Thought Leaders: “The Legal Function of the Future” – Part I 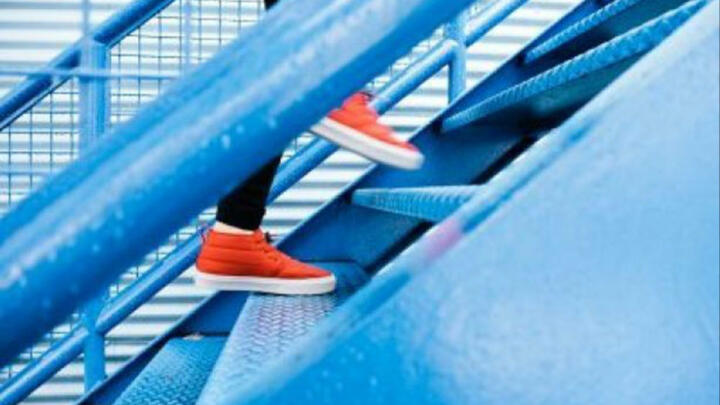 On November 22nd Plexus’s Sydney Thought Leaders group met to discuss the key trends and likely outcome of ‘The Legal Function of the Future’. The discussion was lead by Plexus’s Andrew Mellett, Josh Box & Andrew Calvin.

As Legal teams seek to balance the increasing demands from the business with an inherently scarce resource pool the Thought Leaders expressed some common focal areas for their functions:

The Five Forces of Legal

The discussion was framed by research presented by Plexus that identified the five greatest forces that will drive General Counsel’s agenda in the future.

The Rise of Corporate Data:

From 0.7 Zettabytes to 20 Zettabytes by 2020. The volume of is not the greatest concern to GCs. It is the sources and destination of the data – the fact that the data is being generated ‘outside of the firewall’ (e.g. through social media) and being stored across multiple jurisdictions.

The impact of regulatory change:

The Gillard Government generated 6369 pages of new legislation last year, and whilst the trends driving new regulations are converging globally (e.g. privacy, global warming, corruption) regulators responses are fragmenting. Hence, there is an increased demand for Legal services to assist businesses to navigate this regulation.

As Legal functions seek to provide greater strategic value to the organization GCs are attempting to make more explicit the link between functional resource allocation and strategic priorities. This is forcing a trade-off of lower value activities.

GCs must balance the increasing pressure of the previous ‘forces’ with an ever-expanding existing workload. Over 90% of GC surveyed reported an increase in demand for Legal services as a result of economic conditions.

"One experienced GC suggested Legal talent is an omnipresent priority for functions as they try to evolve the skills within their team to support the escalating Legal mandate and business product portfolio."

Measuring the value of Legal:

Many participants expressed frustrations that there seemed to be no elegant method to measure the value of the Legal function. The key themes of this discussion were:

Although the conclusion was that measuring the value of Legal may be ‘a fools errand’. The participants agreed that cost focused metrics will ultimately focus management on producing a low cost function. The census is that Legal should align its measurement efforts to activities that it can directly influence (such as reducing cycle times for sales agreements or other MBO objectives).

The research indicates that while 53% of North American GC currently utilise alternate Legal providers (ALP), less than 5% of Australian GC does[3]. One GC suggested the increasing globalization of the Legal industry will provide further benefit in-house team as it will provide an ‘expanded tool kit’ for Legal.

While adoption of alternate Legal providers is low in Australia all participants forecast high growth in this space – which correlates with a recent survey that reports that 93% of Corporate Counsel who have outsourced work had a moderate to high level of satisfaction.

Understanding and navigating this ‘new norm’ within the industry is seen to be difficult and time-consuming by some of the thought leaders present.

Technology: An opportunity and a threat

Leading Legal technology commentator Andrew Calvin suggested technology might prove the ultimate ‘double edged sword’ for Legal functions in the coming years. Supporting this statement about Legal functions, a recent survey of 119 U.S. based GCs report very high levels of ROI and satisfaction from Legal technology investments – suggesting a great opportunity for in-house teams. However, over 85% of U.S. GCs surveyed list managing technology risks as an important priority in the next 12 months, which could result in greater Legal resources deployed to this ‘hot spot’.

Although the GC Thought Leaders present are very optimistic about the potential benefits of adopting technology such as document management, document automation, and knowledge management all agreed there were a number of implementation challenges. Such as:

Securing the internal IT resources to deploy the system is enormously difficult - One GC present gave an example of business case they had put up that demonstrated a 1000% ROI that still did not secure IT resources because of ‘crowding out’ by other projects.

User adoption within Legal functions is difficult to secure – Although Legal teams are often excited about technology investments, they are reticent to change their work practices to benefit from the new technology. This is particularly prevalent with Knowledge Management systems.

This trend correlates with research by the CIO Executive Board, which suggests 66% of end users are resistant to using a new system, significantly decreasing the organization’s chances of realizing business value.

Limited internal resources mean GCs legal teams do not have the bandwidth to deliver many of the projects on the functional improvement ‘wish list’.

63% of Australian GC are predicting their Legal resources will shrink or remain static.

A brief survey of the Thought Leaders present suggested that while they remained optimistic of the benefits of Legal technology few had made or planned to make investments in technology in the near future.

Plexus will be hosting the next General Counsel Thought Leaders meeting in Melbourne on February 14 2013.

As the global economy moves faster and becomes increasingly volatile, organisations must radically evolve their operating models to more dynamically identify and respond to opportunities and threats. Plexus helps leading GCs to shift their organisational design, evolve their talent competencies and digitise their functions to deliver faster, most cost-effective and more agile legal support.