Why BigLaw Will Fail (And Fade Out) 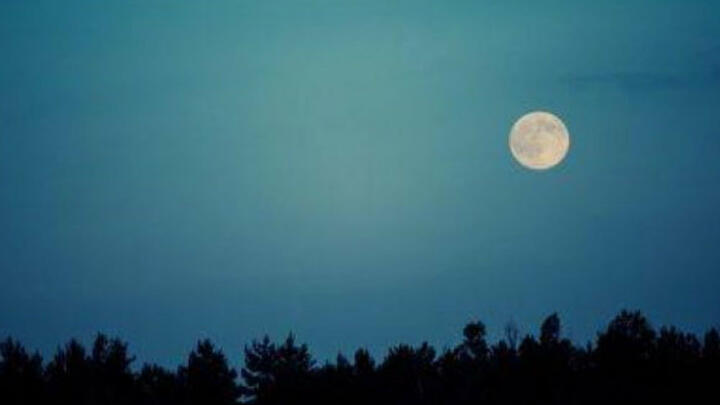 In the autumn of 2007 the partners of storied ‘white shoe’ New York Law Firm Dewey & Le Boeuf w­­­­ould have had justification for feeling smug: they had just completed the largest merger in Law Firm history, in eighteen months time the firm would celebrate its 100th year and partner profits were at an all time high. Few would have believed that within three years the firm would no longer exist.

Insiders blamed the collapse on ‘general economic malaise’. However, as we will show, what the preceding boom and subsequent downturn masked was a consistent failure of management to address systemic issues within their business model.

Many experts point to ‘the partnership model’ or ‘time billing’ as central to the Legal industry's failings - this is clearly an oversimplification. Although misaligned incentives will drive inefficiency in markets, they are unlikely to be the cause of a rapid collapse.

There have been reports that many top Australian firms have shed as much as 35% of their partnership recently, and it is estimated that 30% of UK firms are currently under ‘severe financial pressure’. These are symptoms of far more fundamental problems.

In an era where some Law Firm partners point to ‘The Blackberry’ as an innovation that their organisation has embraced, it is little wonder that ‘innovation management breakdown’ is one of the greatest potential risks for ‘Big Law’.

Through the remainder of this article we will highlight the key risks to the traditional Law Firm model, and the likely outcome for the structure of the Legal services market in Australia.

The Root Cause of Failure

When my former employer CEB (NYSE: EXBD) penned its seminal study ‘Stall Points’ almost a decade ago few of its researchers would have thought it could be used as a blueprint to predict the end of ‘Big Law’. In fact, by virtue of ‘The Law’ being made up of privately held organisations, no data on the legal industry was included in the research. However, this study of the root causes of severe market capitalisation decline across 500 leading corporations, over half a century, outlines many of the most likely failure points for large Law Firms.

The five drivers that will cause large Law Firms to fail

62% of all growth stalls can be grouped into five key drivers:

There are clear signs that these risks are present in most traditional Law Firms’ business models. They include:

Pick up any acquisition playbook and it will tell you successful acquisitions deliver revenue synergies (i.e. the sum of the parts creates more value for the client – leading to greater revenue) and cost synergies (i.e. the sum of the parts creates a lower cost base). Most of Australia’s leading General Counsel tell us they have seen scant evidence that the recent ‘internationalization’ of major Australian Law Firms will mean they will be induced to spend more with their panel firms. In fact, a number have shared with us they have stopped using firms because of 'unreasonable fee expectations' of the UK partnership. Further given there are limited opportunities for economies of scale or cost synergies in these types of tie-ups these deals start to look more like a management distraction. Hence, the question remains how these mergers will deliver value for Law Firm partners, at a time when Law Firm management should be focused on a critical industry inflection point.

This failure is defined as: ‘the firm has too few executives and staff with strategy-execution capabilities’. Just as it would be a risk for BHP to have a leadership team whose only experience of business was on the mine site at Broken Hill, it is an enormous oversight for Law Firms to assemble a leadership team with limited, if any, outside talent.

Although the concentration of Lawyers in Law Firms’ management teams suggests it is unlikely they will ‘abandon the core’ prematurely, recent history suggests this may not be so. This failure point is defined as: ‘the company invests in acquisitions or growth initiatives in areas distant from existing customers, products, and channels’. When you examine the investment of Law Firm management’s time and capital into international expansion, or their attempts to start 'New Law' offshoots, at a time when it could be argued they should have been focusing on core business model evolution, the signs of ‘core abandonment’ become clearer.

In an era where some Law Firm partners point to ‘dictaphones’ as an innovation that their organisation has embraced, it is little wonder that ‘innovation management breakdown’ is one of the greatest potential risks for ‘Big Law’. Law is, at its heart, an information management game. Lawyers broker the distribution and interpretation of legal information. Other professions with the same business model -mortgage brokers, financial advisors, and accountants, to name a few - have taken a ‘innovate or perish’ approach to the adoption of game changing technologies. Unfortunately it is not sheer Neo-Luddism that drives this: Law Firms are caught in a classic ‘innovation paradox’ (the Legal promising Legal innovations will cannibalize hours billed).

It should not be any surprise a focus on 'growing margins at all costs' is greatest driver of corporate failure. Yet, at a time when most clients are shifting their buying behaviours towards 'legal value', most Law Firms cultures and incentive structures are ‘captive’ to a high margin/high cost model. In fact, most top tier firms are shedding partners in a move designed to focus on super premium Legal services. In almost every circumstance when an organisation suffered a ‘stall point’, in this research, it was resultant from just one ‘driver’. In circumstances where there was more than one cause it is likely there will be a multiplier effect. The fact that some Law Firms currently exhibit signs of multiple, simultaneous, drivers of stalls is alarming.

Ultimately, as we have seen in almost all other sectors, the winners will be the consumers.

What does this mean?

You could have a party in a phone booth and still have room for the band with the amount of people who disagree that the Legal marketplace is going to fundamentally change over the next five years. Can Big Law respond? It is unlikely. As the famous quote goes ‘it is hard to convince a multimillionaire a few years out from retirement that there is a flaw in their business model’. The ship will be too slow to turn. Our belief is that, although there will be some failures like Dewey &LeBoeuf, ‘Big Law’ will not so much fail as reshape or fade. The pressures of asymmetrical client value and misaligned incentives will continue to result in the fracturing of partnerships. Clients are already making an irreversible shift towards value over premium in the procurement of their services. ‘Top tier’ will not die out in its entirety; it will reposition itself as smaller ‘super premium’ mid-tier, while the ‘disruptive’ models like Plexus and our friends at Axiom, Legal technology, or the rare innovative incumbent firm, will take an increasing share of the legal market. Perhaps most importantly, as we have seen in almost all other sectors, the winners will be the consumers. Purchasers of Legal services will have a broader ‘toolbox’ of business models to choose from, a more efficient market to deliver the services they want, at a price they find more compelling. It will, in short, be a good outcome for the industry.

Side note: Some key findings from The Corporate Executive Board research:

Most corporate failures (87%) are a result of management decisions, not external factors (i.e. the causes are controllable).
On average, companies lose 74% of their value when one of these ‘stall points’ occurs.
Stalls occur rapidly. In fact (as with the Dewey example), most companies ‘accelerate into the stall’ – on average companies achieved 13.9% revenue growth in the year prior to the stall. Most firms will never return to a sustained level of growth after a ‘stall’.